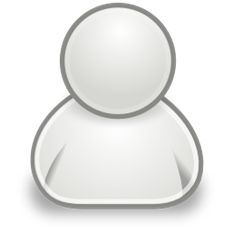 None we know of

Not much is known about Paul Raymond Jensen, if you have information, please contact us!

Resonance frequencies may be maintained quite constant at high power levels so long as the load remains constant. We are all familiar with AM and FM propagation, where in the case as AM, the voltage amplitude varies, and with FM, the frequency is modulated.

However, the output power sees a constant load impedance, that of the matched antenna system. If this changes, the input to the antenna is mismatched, and standing waves are generated resulting in a loss of power. The frequency is a forced response and remains constant. Power is lost and efficiency becomes less and less, depending on the degree of mismatch. Let’s assume the Jensen amplifying transformer is in a resonating condition. Its output is connected to a transmission line which is X number of miles long. Without any customer load at all, power will be required to change the line. This will present capacitive reactance, XC = 1/2 fc.

The power factor cos ϴ angle will be leading, though negligible on short systems. The effect must be reckoned with on multiple grid long systems operating above 60 KV. What we have is a capacitor and the effects are evident as line impedance. Another parameter is varying power factor due to changing inductive loads.Taken together this forms a complex impedance load continually varying and this is what the “Jensen” machine will “see” when connected to power distributing network grids. Such a resonant machine will never sustain resonance as shown in the sketch. The circuit consists of a capacitor in series with an inductor and this is a series resonant circuit of minimum impedance and maximum current. Theoretically, the current limiting is effected by series resistance in the circuit including the resistance of the inductor,

A paper was released also:


I have built a transformer which supplies more power to its load than is drawn from its primary source. I named this device The Unidirectional Transformer (UDT), because the magnetic reaction of the load current does not affect the magnetic action of the primary circuit. The UDT is composed of a parallel LC resonant primary, a split secondary, a gapped magnetic core, and a "feedback winding." Virtually the only input power needed is that used to magnetize the core. The magnetic core I used came from a small 60 Hz commercial power transformer made of interleaved silicon steel E and I laminations. I took the core apart, separated the Es and the Is, and made one stacked E core and one stacked I core from the laminations. Then I filed down the centre leg of the E core about 15 mils (0.381mm) to gap the combined E-I transformer core. The resulting m of the core at 60 Hz was about 100.

The primary winding is wound on the centre leg of the core. The two secondary windings are wound on the two outer legs of the core and are series connected. Both secondary windings have the same number of turns. The "feedback winding" is wound over the primary on the centre leg and is connected in series with the secondary. The free-energy action of the UDT follows directly from the laws of magnetic circuits. Consider what happens when an AC sine voltage is applied to the UDT primary. A magnetizing current flows, which can become rather high because of the low m of the core. Fortunately, gapping the core results in a fairly constant m through the entire AC cycle, up to a peak H of about 720 A-T/M.

In my transformer, the reluctances of the magnetic circuits through the centre leg were three times higher than the reluctances of the magnetic circuits through both outer legs. This was difficult to achieve and required hours of filing, polishing and fitting of the E and I cores. The alternative was to increase the gap, which was not acceptable in my particular design because I was driving the transformer at 60 Hz and could not afford any additional loss of m in the core.

Given the condition in which the feedback coil perfectly cancels all the residual secondary flux through the centre leg of the core, the power drawn from the output will be nearly independent of the primary input power. The primary input will be the magnetizing power and nothing more. The output power will have a negligible phase angle (due to the leakage inductance) if the m of the core (as seen by the primary) is at least 100. In practice, it is best if the feedback winding is short a turn or two, thereby preventing series inductance in the output at the cost of a small increase in the primary input power. A parallel resonant primary circuit allows for great input power reduction while ensuring voltage stability and linear operation under varying output loads.

The UDT can be used without a resonant primary circuit for the amplification of any time-varying signal. The main flaws of the UDT are the (normally) low primary m and the very long secondary wire required to ensure isolation of the input from the output. A single or double stack of E-I laminations seems to provide the optimum core geometry, all factors considered. At high frequencies it becomes practical to use ferrite cores with "centre leg circuit" reluctances less than their "outer leg circuit" reluctances because the volts/turn of each winding can be made very high. Conventional transformer design techniques should be used once the basic UDT topology has been determined.

I have invented and developed the UDT on my own, without benefit of any knowledge of other free-energy devices, if they exist, which utilize the basic principles of UDT operation. Please feel free to use this information as you desire. However, I hope that no one will attempt to patent and control this type of transformer. The time on Planet Earth is 15 minutes before midnight; there is no time left to waste.